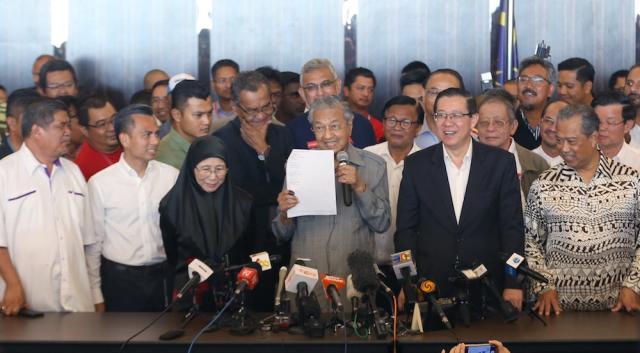 KUALA LUMPUR, Aug 17 — Many would count themselves lucky to have witnessed Malaysia’s first regime change since its independence, as Pakatan Harapan (PH) swept Putrajaya in a shock win over six-decades-long incumbent Barisan Nasional (BN).

But things hardly quietened down over the next 100 days of the new administration, as history was written on an almost daily basis.

PH claimed it had won by simple majority and claimed victory in the 14th general election in the wee hours as the public took to the streets to celebrate the coalition’s sweep at federal and state levels.

Just before 10pm, Tun Dr Mahathir Mohamad, 92, was finally sworn in as the seventh prime minister of Malaysia, making him the oldest in the world to hold that post.

He became the country’s fourth prime minister at the age of 56 in 1981, a position he held for five terms or 22 years until his retirement in 2003.

BN received its worst beating in history with a record low popular vote, and Umno’s 72nd anniversary the day after was “celebrated” in a sombre manner.

Meanwhile, Datuk Seri Najib Razak stepped down as the head of Umno and BN, as Parti Bersatu Rakyat Sabah and Parti Bersatu Sabah joined Upko and Liberal Democratic Party in quitting the coalition.

PKR’s Datuk Seri Anwar Ibrahim was released from prison ahead of the initial June 8 date with a full royal pardon, and said he had no timeframe to return to politics and inevitably succeed Dr Mahathir as the next prime minister, as PH had promised.

In a surprise move, police started raiding Najib’s private residence in Jalan Langgak Duta at night, followed by raids at five other Najib-linked properties simultaneously, including luxury condominium units in the capital.

Finance Minister Lim Guan Eng revealed that the federal government’s debts and liabilities have reached nearly RM1.1 trillion, or 80.3 per cent of the gross domestic product (GDP) as at December 31, 2017, starting off a series of revelations of the country’s dire financial and economic status.

Inspired by several private attempts, Putrajaya launched its own crowdfund Tabung Harapan Malaysia to allow Malaysians to donate to help reduce the country’s debt. It collected over RM7 million on the first day itself, and would later break the RM100 million mark on June 25. 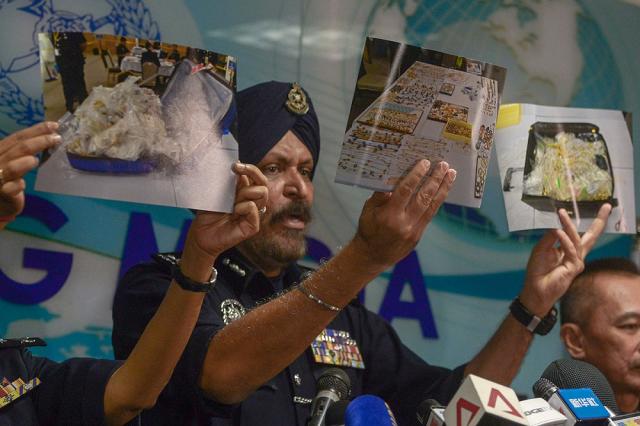 Police announced the total combined value of RM116.7 million cash, and luxury goods seized from Najib-linked properties in 1MDB raids are estimated to be at a market value of RM1.1 billion.

In response, Najib said the valuation was “subjective and unrealistic”, claiming many of them were received as gifts. Umno would later claim that part of the cash seized was “donations” for elections and party management.

The rest of Dr Mahathir’s Cabinet was sworn in today, after weeks of speculation. In the following weeks, one more senator would be appointed, making the final tally of his full Cabinet: 27 ministers, including Dr Wan Azizah. They are backed by 27 deputy ministers.

With five women ministers including Dr Wan Azizah, women participation was just nearly 19 per cent — far lower than PH’s 30 per cent pledge, but the highest ratio yet. Syed Saddiq Abdul Rahman also set the record as the youngest minister ever at 25.

The Malaysian Anti-Corruption Commission arrested Najib, holding him overnight in a lock-up before he was brought to the Kuala Lumpur Courts Complex to be charged. Najib’s supporters held a candlelight vigil and protest at MACC’s headquarters in Putrajaya with #FreeNajib and #Pray4DSNR hashtags.

The next day, Najib pleaded not guilty to three counts of criminal breach of trust as a public servant, and one count of abusing his power for self-gratification of RM42 million of funds from former 1MDB unit SRC International Sdn Bhd.

He was granted RM1 million bail, but managed to only pay half that day. The other half was paid on another day. 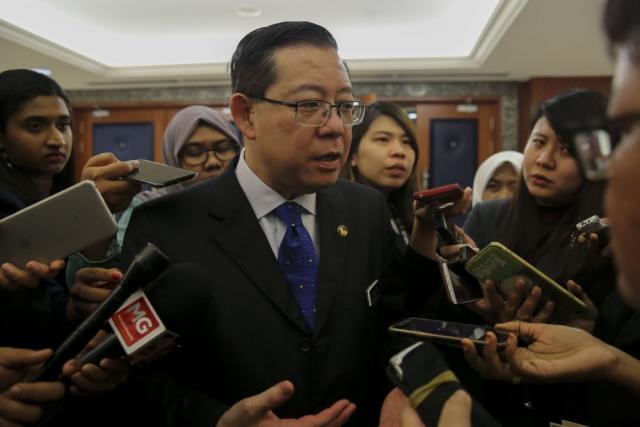 Finance Minister Lim declared the Goods and Services Tax (GST) “dead” after Parliament passed the Bills to implement the Sales and Services Tax (SST). The GST was previously zero-rated from June 1. This comes as RM19.24 billion of GST refunds were revealed to be “missing.”

On the same day, Najib was charged and pleaded not guilty to three counts of money-laundering by allegedly receiving proceeds from unlawful activities totalling RM42 million.

The CEP will still remain despite its original mandate to help the government in its first 100 days, with Dr Mahathir announcing the day prior that he himself “can’t do all the work”. There is no indication yet if the council will ever be abolished, or when.

Of its 10 promises to be fulfilled in the first 100 days, PH fully achieved only three, according to the unofficial Harapan Tracker: abolishing GST, stabilising fuel prices, and postponing the repayment of PTPTN study loans.

The rest are still in progress, with two not even started: abolishing unnecessary debts on Felda settlers and introducing the “Skim Peduli Sihat” healthcare scheme.

According to the Harapan Tracker, out of the 555 pledges to be implemented in PH’s five-year term from not only its manifesto, but in official statements: 15 were achieved, 110 are in progress, and 419 not started. In addition, 11 pledges have been broken.