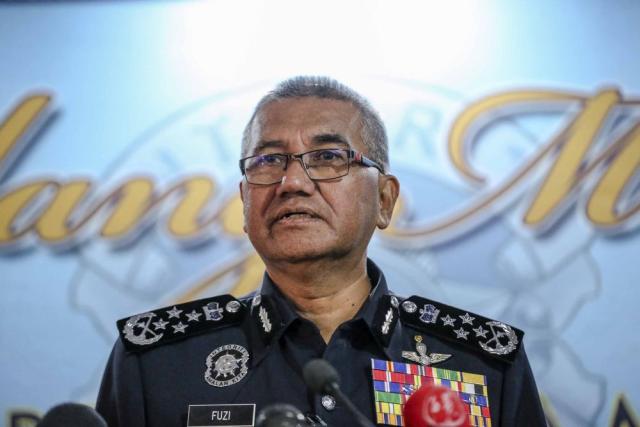 “It is just a message that has gone viral and we are unable to determine his exact return.

“However we have contacted him and we expect him to return home soon,” he said after launching an anti-aedes campaign in Bukit Aman.

Fuzi added he hoped Musa would return home as soon as possible to allow investigators to complete their probe.

The message circulated through WhatsApp text messages stating that Musa would be landing in Singapore before entering Malaysia either through the Sultan Abdul Aziz Shah Airport in Subang or Kuala Lumpur International Airport.

It added that Musa who is currently in “hiding” by using the excuse of seeking medical treatment would be brought home to Malaysia today.

“The media would be informed from time to time on the latest development of his time of arrival and the airport he would be landing in,” it read.

Musa who is Sungai Sibuga assemblyman has been absent from Sabah since May, after he was asked to step down from his position by the Head of State, to make way for Datuk Seri Shafie Apdal to be sworn in as chief minister.

He has since taken the governor and Shafie to court, claiming the latter’s swearing-in was unlawful. The case is set to be heard on September 3.