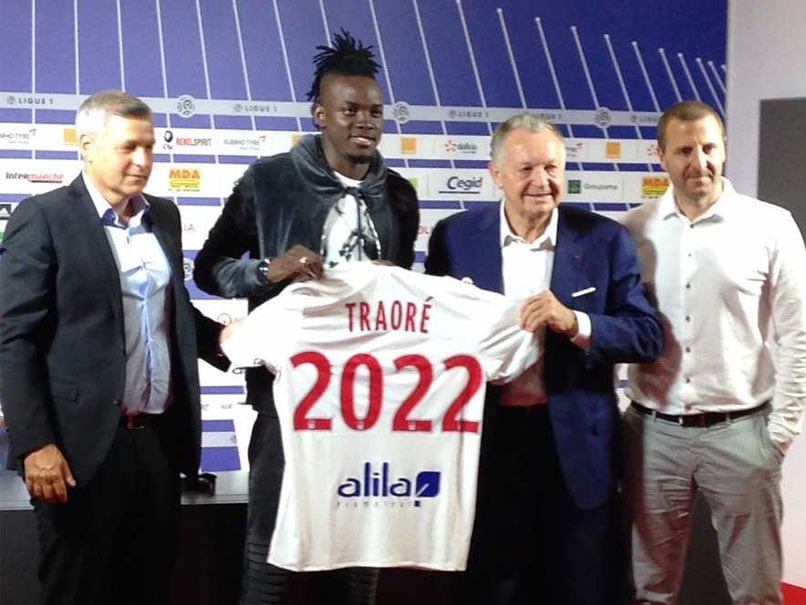 Chelsea forward Bertrand Traore has joined Lyon for 10 million euros (£8.8m, $11.2m) on a five-year deal, the French club announced on Monday. Chelseawill earn 15 percent of any profit from a future sale of the player and the English champions will have first refusal on Traore should he eventually move on, Lyon president Jean-Michel Aulas said at a press conference to announce the signing.

“I was really keen to come to Lyon,” admitted the 21-year-old Burkina Faso international, who spent last season on loan at Europa League runners-up Ajax.

“We wish him well for his career in France and thank him for his contribution at Chelsea,” the London club said in a statement.

Traore, who was handed his Chelsea debut by Jose Mourinho in a Champions League game against Maccabi Tel Aviv in September 2015, is Lyon’s second summer signing following the arrival of Brazilian left-back Fernando Marcal from Benfica.

Lyon begin pre-season training on Tuesday but Traore will not join up with his new team-mates until July 10.

Meanwhile, Aulas confirmed that Lyon are in talks with Real Madrid about the potential signing of forward Mariano Diaz.